I lived for seven years in the Cayman Islands and in the end the government had to prize me out to get rid of me. I didn’t want to leave. But there is a time limit on everything. You may wonder what makes this place so special that made it hard for me to say goodbye.

Although Grand Cayman may be a mecca for cruise ship passengers, parties and the beach cocktail life depicted in movies such as The Firm, Little Cayman is quite different. Ninety miles and a 45 minute flight away from tube socks and shopping, Little Cayman is a quiet little gem. Only 11 miles (17.8km) long and one mile (1.6km) wide, nestled inside a crystal clear blue lagoon, Little Cayman could be considered paradise. Hammocks and palm trees festoon white sandy beaches. Five resorts, two public bars and one small grocery store occupy this uncluttered island getaway. 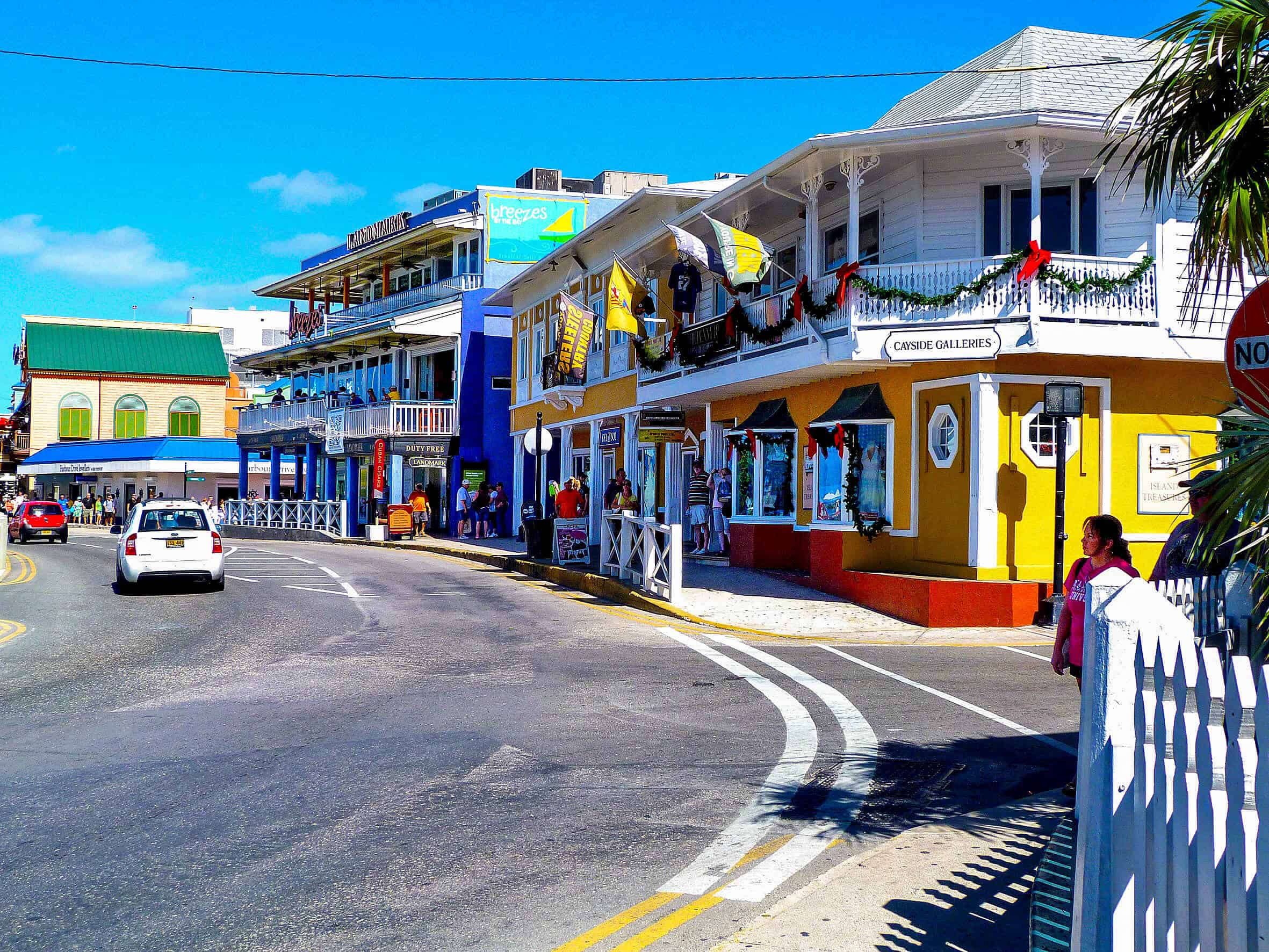 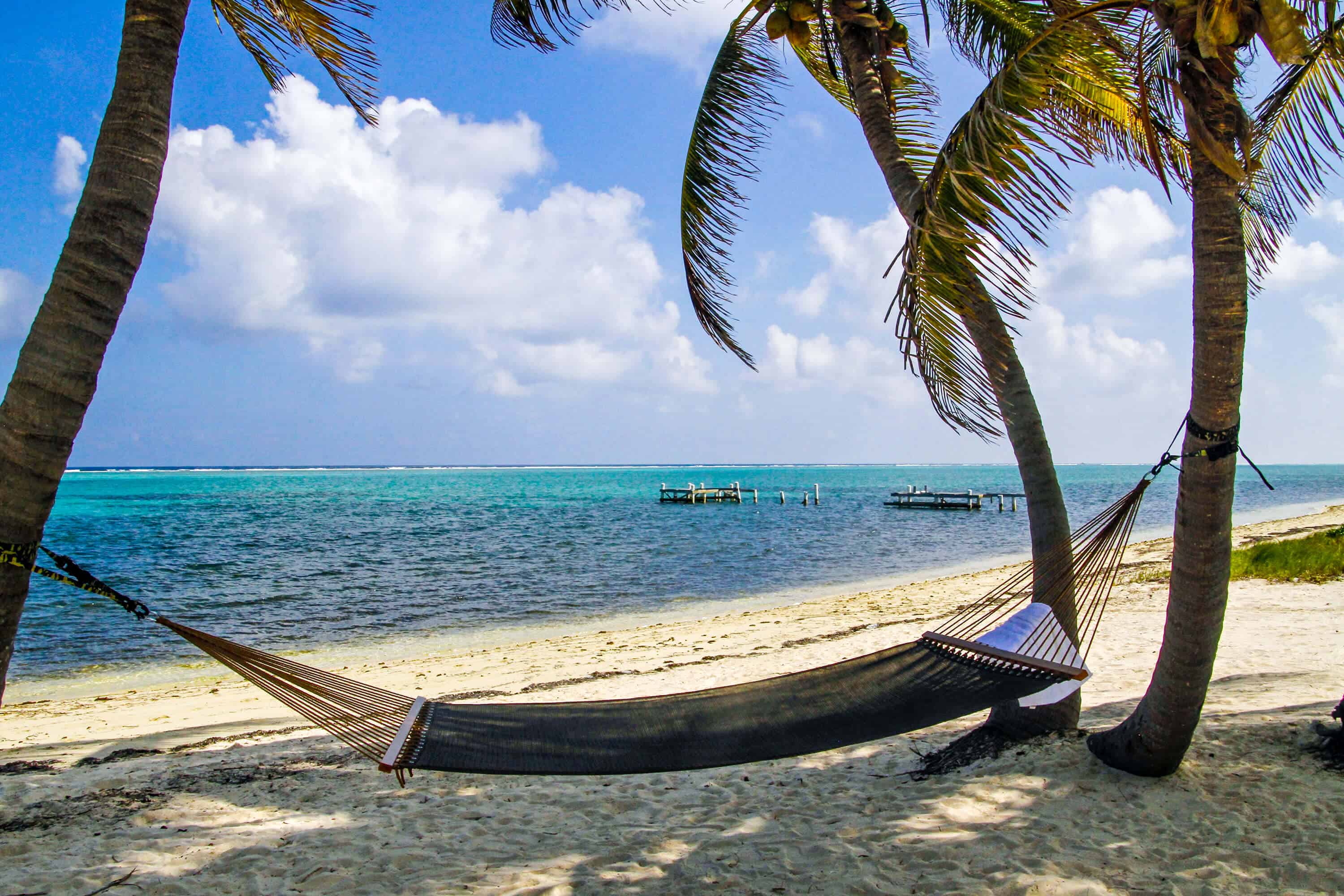 Discovery of a New Home

My first landing on the dirt runway in a tiny prop driven plane was slightly terrifying. But after every trip away, it became more and more like coming home. With only 150 residents it didn’t take long before I knew everyone. And everyone knew me. Although to some this can be a little claustrophobic (people knew I was sick before I even sneezed!), it was also a bit like family.

There is not much here that is not connected in some way to the sea. Sport fishermen visit hoping to catch beautiful gold and green Mahi Mahi, Wahoo and Tuna. Bird watchers also find fascinating targets. The Boobie pond which takes up a fair proportion of the centre of the island is home to a large population of red-footed Boobie birds. Tarpon also live in the murky waters of the pond. The story goes that they were washed in years ago during a hurricane, and have never managed to get back out. Frigates, aptly named, pirates that they are, occupy large trees along the shore line, and steal the boobies’ catch at every opportunity. The only other residents are lazy but slightly terrifying iguanas. One of the largest ruled over the local bar, perhaps named after him, The Hungry Iguana.

The Battle of Bloody Bay Wall

Of course the number one activity is scuba diving.

Little Cayman is famous for The Bloody Bay Wall.  Historically, with no native population, it became a popular hideout for pirates in the 17thand 18th centuries, in particular, the notorious Black Beard, after whom the local rum is now named.  Settlers, mainly from Great Britain, soon became tired of their pillaging. They hauled all their heavy cannons to the north side of the island where the pirate fleet would shelter and laid in to wait. When the galleons dropped anchor a huge battle ensued, so ferocious that the waters ran red with blood.

In their hurry to escape many ships simply cut the ropes to their anchors. Thirteen (I could only ever find seven) supposedly still exist at Paul’s Anchors, a beautiful dive site at the north-eastern most corner of the marine park. One anchor is impossible to miss, more than 3m high, exposed upright against the reef. The coral encrusted flukes rest in the sand and the surface can be seen sparkling through its perfectly round eye.  One can only imagine the weight of the rope and the size of the ship to which it once belonged.

Little Cayman is known for its magnificent walls. Many of them start surprisingly shallow. Most notable is Mixing Bowl, aka Three Fathom Wall. One Fathom is 6 feet (2 metres), and the edge of the wall here drops vertically away in the abyss from only 18 feet (6 metres). Also known as Mixing Bowl, it is where the two distinct sections of the marine park meet. To the west limestone hard-pan is topped by fields of gorgonians and fans, and spectacular walls covered in magnificent sponges. To the east is the Jackson’s Bight with a long sandy boulevard and a craggy wall reminiscent of Swiss cheese. 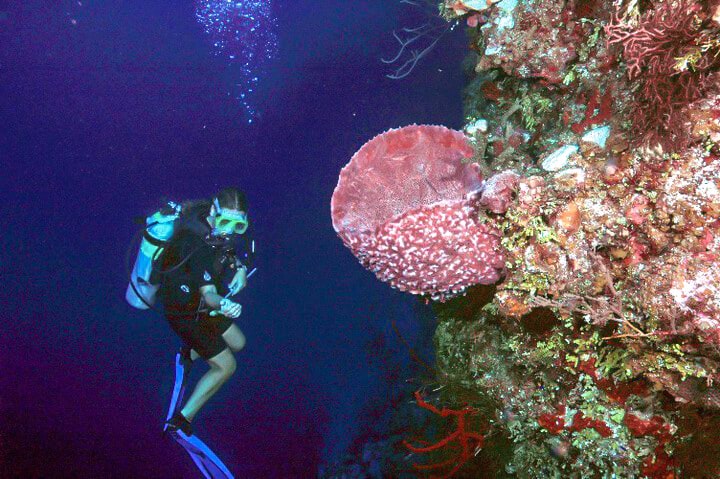 Adrienne on the wall at Mixing Bowl

During mating season this is a good place to look for Caribbean reef sharks and my first unforgettable experience with sharks was here. Three large sharks circled in the shallows for the entire dive. My heart was jumping out of my chest as they repeatedly approached and feinted left or right. Closer each time. I was the last person back on the boat, and couldn’t wipe the smile off my face. This was the day my love affair with sharks began.

In summer the visibility can be (150 feet) 50 metres and the water is so clear, staring into the distance it looks black not blue. Swimming out away from the reef into the blue 30, 40, 50 metres can give an awe inspiring perspective. The divers look tiny against this massive wall, deeper than the Grand Canyon. The Cayman Trench is the second deepest in the world (after the Mariana) bottoming out at 25,216 feet (7,686 metres).

For a tunnel rat like me Jacksons Bight is paradise! Swim-throughs large and small riddle the wall with holes. The thrill of the unknown delights me, and I love pushing boundaries. I once nearly got a co-worker wedged tight in an adventurous exploration. I took her through an awesome tunnel which I knew would probably be a little too snug. All I could see were her fins kicking madly, until she finally popped through the bottleneck like a lemon seed being squirted through your fingers. She has never let me live that down!

The white sand is home for many amazing creatures. Southern stingrays are common and you might often be lucky to see eagle rays feeding. This is one place where they are very chilled, and as long as you approach slowly and quietly you can get very close. They are more interested in the molluscs buried in the sand that are their lunch. Eagle rays have a hard plate instead of teeth, strong enough to crack Conch!

Lea Lea’s Lookout has a little bit of the best of everything from Bloody Bay. It offers great visibility, a beautiful swim-through which starts shallow and spits you out into blue nothing on the wall, lush fields of gorgonians and sea fans and masses of schooling fish on the corner of the reef. Squid can often be seen here in the summer, flirting with each other. Octopus also find perfect holes in which to lay their eggs. A giant green moray skulks, named “Head” (pronounced Heed in Scottish!) by one instructor, due to the massive girth of its head.

At The Meadows a maze of tunnels presents a navigational challenge for divers. But it is worth it for the euphoric high of bursting out through the blue windows in the wall into a natural amphitheatre. Schools of snapper and Bermuda chub (what a great name for a fish!) gathered where a gentle current hit the corner of the reef.

A Giant Barracuda at Jackson’s Reef used the boat for camouflage whenever we were moored there. He was a terrifying countenance to meet lurking beneath the ladder on your safety stop. I remember two teenage girls who practically walked on water to get past him, as he flashed past their masks hunting for a fish. 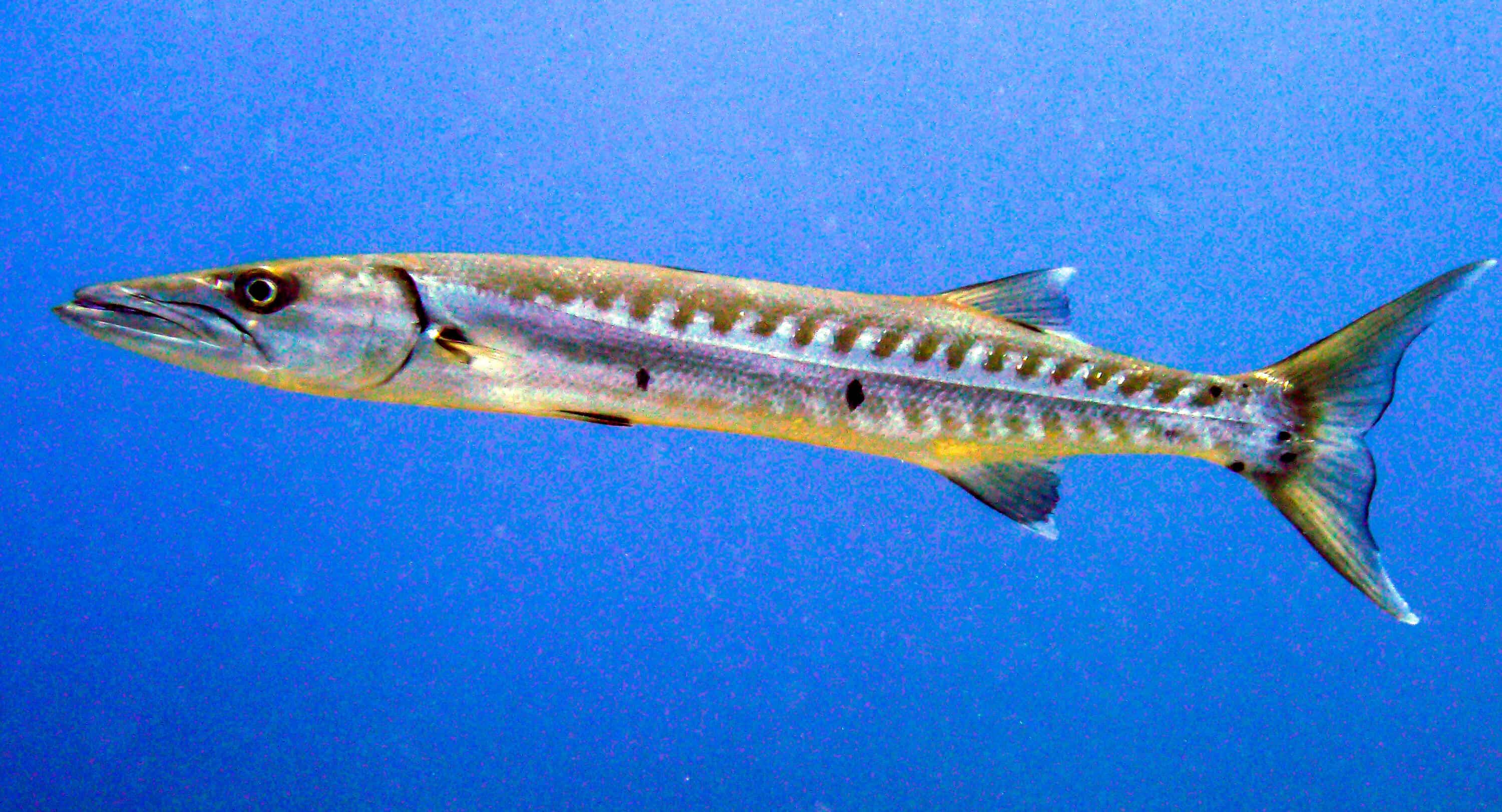 A friendly Nassau Grouper at Great Wall West was a very special inhabitant of the reef. A trip to meet Benji is not to be missed.  She easily recognises the dive staff, and could hear us calling her from the other end of the dive site. Only minutes into the dive she could be seen making a bee line past other divers to get to her favourite friends. On one occasion she bit me, as I was too busy looking at something else to pay her attention. She grabbed my hand like a puppy who wants you to throw the ball. Truly this is proof that fish are not all like Dory, endlessly swimming, and every day a new day.

From Reefs to Rust

Little Cayman does not only offer beautiful reef diving. The wreck of the Keith Tibbetts in nearby Cayman Brac is only 45 minutes away. The Cayman government purchased and sank this 330 foot (100 metre) long Russian frigate in 1996, only 10 years before I dived it. Tiny boulder and brain corals the size of a golf ball were starting to grow on the aluminium hull. Hard corals are very slow growing. This gave me a real appreciation for the age of the huge coral mounds that can be seen on the reef. These ancient structures must literally represent hundreds or even thousands of years of growth.

The wreck lies broken in half, cracked when it was sunk, the stern upright and the bow sliding down the slope on its side. It is possible to explore through some parts of the ship, the sideways corridors making tunnels which give some divers vertigo. The impressive guns on the bow and stern make great photo opportunities, and disco clams hide in the tower at the stern on the shallowest part of the wreck.

A Special Place Above and Below the Waves

Little Cayman is where I learned to dive and became an Instructor. It is a place of new beginnings and great memories for me. I am still friends with many of the people I met there. It will always hold a special place in my heart, and perhaps one day I will go back. But for now there are many more places in the world to explore. Needless to say, if you get the chance to visit, don’t hesitate. It is up there in my top 5 for many reasons, both above and below the waves.